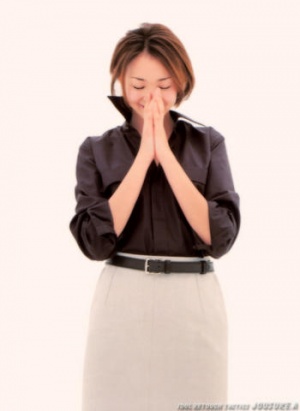 Buddhist in the anjali gesture / greeting

Anjali: (Pali) To join the palms in a reverential gesture of respect. A common greeting in Asian and Buddhist countries. (Japanese: Gassho) In yoga, Sanskrit, and Hindi it is known as Namaste ("I bow in respect to you") and is used among practitioners of yoga around the world.

An anjali emoticon, frequently used on Buddhist forums, such as Dhamma Wheel

The anjali greeting goes back to the time of the Buddha where it is mentioned that people put their hands together and made a bow with the head (paṇāma) and put the hands in a praying gesture (Digha Nikaya I 118; Majjhima Nikaya I 168).

In recent years, since the beginning of the twenty first century, the anjali gesture has become more popular around the world, even among those who are not Asian or Buddhist. This includes celebritites and politicians, who can be seen joining their hands in the anjali greeting, for example at the beginning or end of a speech or accepting an award.

Different ways of writing the anjali greeting with the keyboard

On online forums, documents, and emails people have used the keyboard to symbolize the anjali greeting, for example: