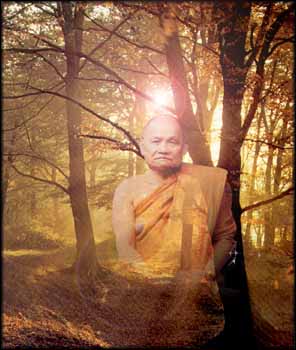 Ajahn Chah (1918-1992) was perhaps the greatest Theravada meditation master of the 20th century. Born in Thailand in 1918 he became a monk as a young man but soon grew tired of sedate life in the conventional monasteries. He became a wandering monk, living in the forest and devoting his time to meditation. After many years he settled in a forest hermitage which eventually developed into a monastery and began to attract those interested in meditation. Ajahn Chah became well-known for his warmth, his earthy humour and his particularly practical, direct and spontaneous approach to meditation. By the 1970’s he began to attract many Western disciples, some of whom later went on to establish monasteries and meditation centres in the West. Although he himself never wrote anything, some of his talks, sayings and anecdotes were recorded and published and have since circulated widely. Ajahn Chah died in 1992 after a long debilitating illness.