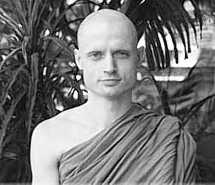 Ajahn Jayasaro was born on the Isle of Wight in 1958. He joined Ajahn Sumedho’s community for the Rains Retreat as an anagarika in 1978. In November of that year he left for Wat Pa Pong in Northeast Thailand where he ordained as a novice in the following year, and as a bhikkhu in 1980 with Venerable Ajahn Cha as his preceptor. From 1997 until 2002 Ajahn Jayasaro was the Abbot of Wat Pa Nanachat. He is now living alone in a hermitage at the foot of Kow Yai mountains.