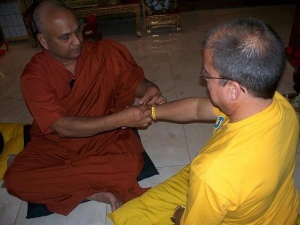 A member of the Board of Directors for Vipassana Foundation, Bhante Subuthi has close ties to the organization.