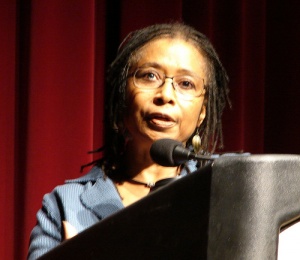 Alice Malsenior Walker (born February 9, 1944) is an American author, self-declared feminist and womanist the latter a term she herself coined to make special distinction for the experiences of women of color. She has written at length on issues of race and gender, and is most famous for the critically acclaimed novel The Color Purple for which she won the Pulitzer Prize for Fiction.

Alice Malsenior Walker was born on 9 February 1944 in Eatonton, Georgia, the youngest of the eight children of Willie Lee and Millie Tallulah (Grant) Walker. Her father, who was, in her words, "wonderful at math [but] a terrible farmer," earned only $300 a year from sharecropping and dairy farming, while her mother, who helped him in the fields, supplemented the family income by working as a maid.

Living under Jim Crow Laws, Walker's mother had struggles with landlords who expected the children of black sharecroppers to work the fields as soon as possible. A white plantation owner once asserted to her that blacks had “no need for education.” Mrs. Walker’s response to him was ‘You might have some black children somewhere, but they don’t live in this house. Don’t you ever come around here again talking about how my children don’t need to learn how to read and write.” At the age of 4, Mrs. Walker enrolled Alice into the first grade, a year ahead of schedule.

Growing up with an oral tradition, listening to stories from her grandfather (the model for the character for Mr. in "The Color Purple", [Walker] was writing--very privately--since she was 8. "With my family, I had to hide things," she said. "And I had to keep a lot in my mind."

In 1952 Walker was accidentally wounded in the eye by a shot from a BB gun fired by one of her brothers. Because they had no access to a car, the Walkers were unable to take their daughter to a hospital for immediate treatment, and when they finally brought her to a doctor a week later, she was permanently blind in that eye. A disfiguring layer of scar tissue formed over it, rendering the previously outgoing child self-conscious and painfully shy. Stared at and sometimes taunted, she felt like an outcast and turned for solace to reading and to poetry writing. Although when she was 14 the scar tissue was removed--and she subsequently became valedictorian and was voted most-popular girl, as well as queen of her senior class--she came to realize that her traumatic injury had some value: it allowed her to begin "really to see people and things, really to notice relationships and to learn to be patient enough to care about how they turned out," as she has said.

After high school, Walker went to Spelman College in Atlanta on a full scholarship in 1961 and later transferred to Sarah Lawrence College near New York City, graduating in 1965. Walker became interested in the U.S. civil rights movement in part due to the influence of activist Howard Zinn, who was one of her professors at Spelman College. Continuing the activism that she participated in during her college years, Walker returned to the South where she became involved with voter registration drives, campaigns for welfare rights, and children's programs in Mississippi.

In 1965, Walker met and later married Mel Leventhal, a Jewish civil rights lawyer. They were married on March 17, 1967 in New York City. Later that year the couple relocated to Jackson, Mississippi, becoming "the first legally married inter-racial couple in Mississippi." This brought them a steady stream of harassment and even murderous threats from the Ku Klux Klan. The couple had a daughter, Rebecca in 1969 - described in 2008 as "a living, breathing, mixed-race embodiment of the new America that they were trying to forge". Walker and her husband divorced amicably in 1976. Walker would later become estranged from her daughter, who felt that she was more of "a political symbol... than a cherished daughter," and Rebecca would later publish a memoir entitled Black White and Jewish, chronicling the effects of her parents' relationship on her childhood.

In the mid-1990s, Walker was involved in a little known romance with singer-songwriter Tracy Chapman.

Walker is Buddhist and also a practicing vegan.