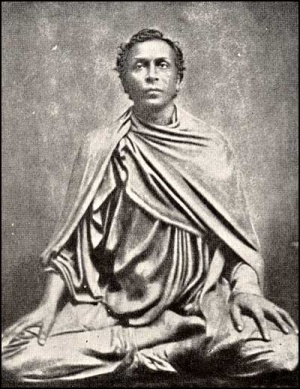 Anagarika Dharmapala was born as David Hevavithana in Sri Lanka in 1864. Educated in a Christian school and then influenced by the Theosophical movement, he renounced the world in his late teens to become a ‘homeless one’ (anagarika) and took the name Dharmapala, meaning ‘Defender of the Dhamma.’ He founded the Mahabodhi Society in 1893 with the aim of getting Buddhist control of the Maha Bodhi Temple at Bodh Gaya, which had been a taken over by Hindu priests. Gradually the Society took on a social service and missionary role and became the first modern Buddhist organization with an international presence and influence. Anagarika Dharmapala was a fearless critic of superstition and monastic indolence and worked tirelessly to revive close relations between Theravada and Mahayana Buddhists. Just before he died in Sarnath in 1933 he said, I would like to be reborn twenty-five more times to spread Lord Buddha’s Dhamma.