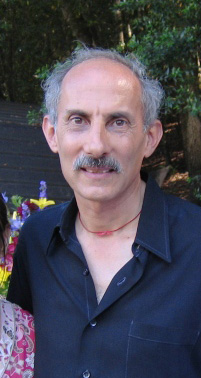 Jack Kornfield, Ph.D. (born 1945) was trained as a Buddhist monk in Thailand, Burma and India and has taught meditation worldwide since 1974.

After graduating from Dartmouth College in 1967, he joined the Peace Corps and was assigned to the Public Health Service in northeast Thailand, which is home to several of the world's oldest Buddhist forest monasteries. Here he met the Buddhist master Ajahn Chah, who became Kornfield's teacher for many years. Upon returning to the United States in 1972, Kornfield co-founded the Insight Meditation Society in Barre, Massachusetts, with fellow meditation teachers Sharon Salzberg and Joseph Goldstein.

Jack Kornfield holds a Ph.D. in clinical psychology. He is also a founding teacher of the Spirit Rock Center in Woodacre, California, where he currently lives and teaches.

Kornfield has become one of the key teachers to introduce Theravada Buddhist practice to the West. For many years his work has focused on integrating and bringing alive the great Eastern spiritual teachings in an accessible way for Western students and Western society. His books, audio tapes and teachings have acted as an inspiration for countless Western students of Buddhism.

His books include Seeking the Heart of Wisdom, A Still Forest Pool, Stories of the Spirit, Stories of the Heart, the national bestseller A Path with Heart and After the Ecstasy the Laundry as well as a number of meditation and dharma audiotapes.

Jack Kornfield lectures were featured by Joe Frank on his radio series "The Other Side."