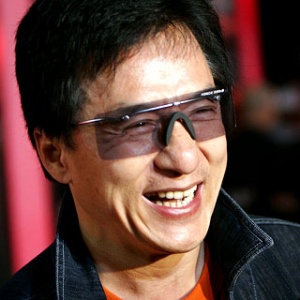 Chan is one of the best-known names worldwide in the areas of kung fu and action films. In his films, he is known for his acrobatic fighting style, comic timing, use of improvised weapons and innovative stunts. Jackie Chan has been acting since the 1970s and has appeared in over 100 films. Chan has received stars on the Hong Kong Avenue of Stars and the Hollywood Walk of Fame. As a cultural icon, Chan has been referenced in various pop songs, cartoons and video games. Besides acting, Chan is a Cantopop and Mandopop star, having released a number of albums and sung many of the theme songs for the films in which he has starred. In 2008, Chan sang at the 2008 Summer Olympics closing ceremony.

Chan is a Buddhist and has always wanted to be a role model to children, remaining popular with them due to his good-natured acting style. He has refused to play villains and has almost never used the "F word" in his films. Chan's greatest regret in life is not having received proper education, inspiring him to fund educational institutions around the world. He funded the construction of the Jackie Chan Science Centre at the Australian National University and the establishment of schools in poor regions of China. He has promised over half of his estate to go to charity after he dies.

Founded in 1988, the Jackie Chan Charitable Foundation offers scholarships and active help to Hong Kong’s young people through a variety of worthy causes. Over the years, the foundation has broadened its scope to include provision of medical services, aid to victims of natural disaster or illness, and projects where the major beneficiaries are Hong Kong people or organizations. Major donation projects of The Jackie Chan Charitable Foundation: