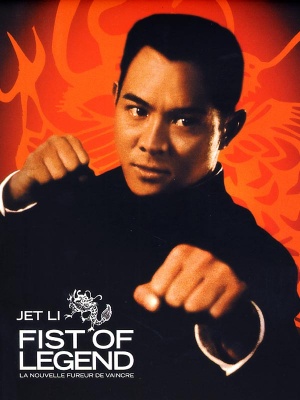 Li Lianjie (born April 26, 1963), better known by his stage name Jet Li, is a Chinese martial artist, actor, wushu champion, and international film star. After three years of intensive training with Wu Bin, Li won his first national championship for the Beijing Wushu Team. After retiring from wushu at age 17, he went on to win great acclaim in China as an actor making his debut with the film Shaolin Temple (1982). He went on to star in many critically acclaimed martial arts epic films, most notably the Once Upon A Time In China series, in which he portrayed folk hero Wong Fei Hung. His first role in a Hollywood film was as a villain in Lethal Weapon 4 (1998), but his first Hollywood film leading role was in Romeo Must Die (2000). He has gone on to star in many Hollywood action films, most recently starring beside Jackie Chan in The Forbidden Kingdom (2008), and as the titular villain in The Mummy: Tomb Of The Dragon Emperor (2008) opposite Brendan Fraser. He is set to star in the upcoming film The Expendables.

Li is a practitioner of Tibetan Buddhism. His master is Lho Kunsang of the Drikung Kagyu lineage of the Kagyu school.

In 1987, Li married Beijing Wushu Team member and Kids from Shaolin co-star Huang Qiuyan, with whom he had two daughters. They divorced in 1990, Since 1999, he has been married to Nina Li Chi (born Li Zhi), a Shanghai-born, Hong Kong-based actress. He has two daughters with her as well, Jane (born 2000) and Jada (born 2002).

Li was in the Maldives when the tsunami hit during the 2004 Indian Ocean earthquake. Although it was widely reported at the time that he had died during the disaster, he only suffered a minor foot injury, caused by a piece of floating furniture, while he was guiding his 4-year-old daughter Jane to safety. The two were by the pool and slightly above the beach when the wave came ashore.