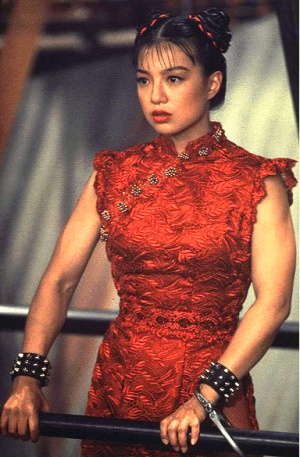 Ming-Na Wen (Pinyin: Míng-Nà Wēn) (born November 20, 1963) is an Chinese-American actress. She has been credited with and without her family name, but most credits since the late 1990s have been without it.

She is most well known for voicing Fa Mulan in the Mulan films and Kingdom Hearts video game series, and as Dr. Jing-Mei "Deb" Chen on the NBC drama series ER. She has also appeared in four episodes of the American sitcom, Two and a Half Men, as Linda, a judge, professor and love interest of Charlie Harper. In October 2009 the actress will return to television as recurring character Camile Wray in Stargate Universe.

Ming-Na was born on Coloane Island, Macau, to Chinese parents and moved to the U.S. as a child. Her mother, Lin Chan Wen, is a nurse. Ming-Na attended high school in the Pittsburgh suburb of Mt. Lebanon, and graduated with a Bachelor of Fine Arts in Drama from Carnegie Mellon University, the same university that ER producer John Wells attended.

She married American film writer Kirk Aanes in 1990, but they divorced in 1993. She married for the second time on June 16, 1995, to Eric Michael Zee, and has since had two children, daughter Michaela and son Cooper Dominic Zee, born on October 12, 2005. As of 2007, she and her family live in Calabasas, California.