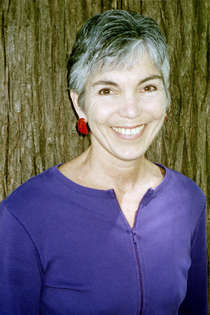 Mirka Knaster, Ph.D. is the author of Living This Life Fully: Stories and Teachings of Munindra, a book about the Bengali meditation master who was a grandfather of the vipassana/ ​mindfulness movement in the West and who taught many of today's most prominent Western Dhamma teachers. Poignant and humorous remembrances will inspire readers to cultivate the qualities of awakening that Munindra embodied and believed possible for all of us. The book draws from interviews with some 200 people around the world, discussions with Munindra before his death in 2003, and early talks he gave in the U.S., and also includes rare photographs. Shambhala is the publisher (October 2010). Mirka collaborated with Robert Pryor on this project.

Mirka has a Ph.D. in Asian and Comparative Studies. Based on interviews with Buddhist and Jewish teachers, her dissertation examines how we transform habits of everyday talk into a spiritual practice of ethical speech. She has written and spoken on the interface between Judaism and Buddhism since ancient times. Her writings on loving-kindness meditation, the body and spirituality, interreligious dialogue, and ethical speech as spiritual practice appear in the Encyclopedia of Religious and Spiritual Development, Awakening the Spirit, Inspiring the Soul: 30 Stories of Interspiritual Discovery in the Community of Faiths, and the Encyclopedia of Love in World Religions. For the 2004 Parliament of the World's Religions (Barcelona), she organized and moderated an international, interfaith panel on respectful communication as a pathway to peace. She has created similar programs in the San Francisco Bay Area. Her “Sacred Flesh” columns on the body and spirituality are available on the nationally acclaimed, award-winning website beliefnet.com.

Mirka's last book, Discovering the Body’s Wisdom, was published by Bantam. She has written numerous articles and book reviews in a wide variety of magazines, journals, and newspapers. She has appeared on radio and TV programs, at health and retreat centers, conferences, and bookstores, and in print media across the United States and New Zealand to promote Discovering the Body’s Wisdom. It has been translated into Portuguese, Chinese, Dutch, and Russian.

Mirka was born in Europe and educated in America. Through living and traveling in diverse areas of the world and studying the traditions of different peoples, she brings a cross-cultural perspective to her research on women, the body, healing, and spiritual practice. Trained in various disciplines, she spent more than twenty-five years as educator and writer in the alternative health field. As a contributing editor of East/​West (now Natural Health) and Massage Therapy Journal, she interviewed many of the field’s luminaries and reported on the latest trends. She has been a columnist for several periodicals and a consulting editor for Encyclopedia of Alternative Medicine (Gale Group). She served as technical consultant, writer, and on-screen instructor for the best-selling video “Massage for Health,” hosted by Shari Belafonte. She also contributed to Women’s Health Care: A Guide to Alternatives (Reston/​Prentice-Hall), Encyclopedia of Complementary Health Practice (Springer), and Remarkable Men and Women: Interviews with Leading Thinkers on Health, Medicine, Ecology, Culture, Society, and Spirit (EastWest Books/​Talman).

Prior to her work in holistic health, Mirka was editor/​assistant oral historian of the Regional History Project, University of California, Santa Cruz. She earned an M.A. and was a Ford Foundation Fellow at Stanford University’s Center for Latin American Studies, where she authored Women in Spanish America from Pre-Conquest to Contemporary Times (G.K. Hall). And she taught English at a university in Colombia.

Mirka lives along the coast of northern California with her husband and their Goldendoodle.