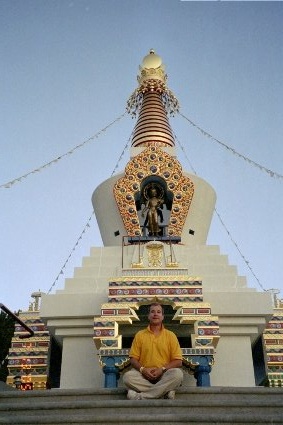 Dr. David N. Snyder in front of the Great Stupa 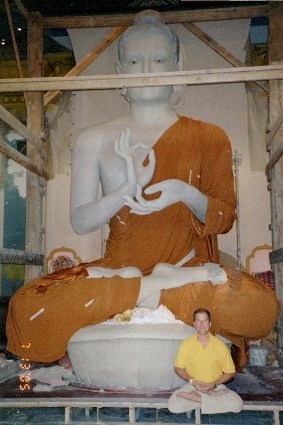 The Shambhala Mountain Center was founded by Vidyadhara Chögyam Trungpa Rinpoche in 1970 at Red Feather Lakes, Colorado. Trungpa arrived in 1971 with a number of students from Tail of the Tiger in Barnet, Vermont, now known as Karmê Chöling.

The center hosts regular Shambhala Training programs as well as yoga instruction, leadership training, children's programs, and retreats, which last from a week to several months. Programs are taught by teachers from all traditions including, Vajrayana, Zen, and Theravada.

Following the death of Trungpa in 1987, his followers began a fourteen-year process of building a stupa at the Shambhala Mountain Center. Completed in August 2001, The Great Stupa of Dharmakaya Which Liberates Upon Seeing reaches 108 feet (33 m) and is open to visitors daily.