Difference between revisions of "Sharon Stone" 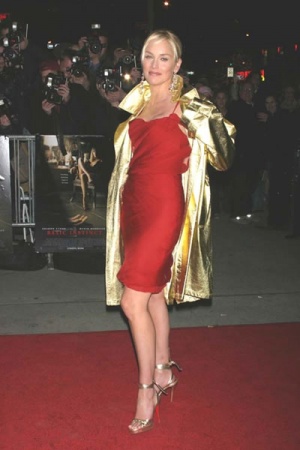 Sharon Yvonne Stone (born March 10, 1958) is an American Golden Globe and Emmy-winning actress, producer, and former fashion model. She came to international attention for her performance in the 1992 Hollywood blockbuster film Basic Instinct. She was nominated for an Academy Award for best actress for her role in Casino, won a Golden Globe for her role in Casino, and has won an Emmy Award.

In the early 1990s, Stone became a member of the Church of Scientology. Stone remained with the religion until recently when she converted to Vajrayana Buddhism, after fellow actor Richard Gere introduced her to the Dalai Lama.