The Life of the Buddha from the Earliest Sources 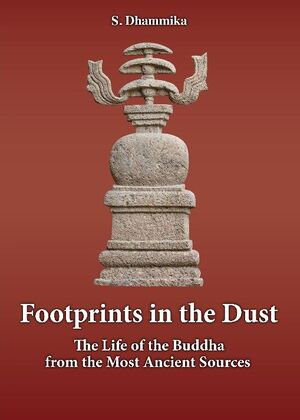 Footprints in the Dust: The Life of the Buddha from the Earliest Sources

A biography of the Buddha's life from the Suttas of the Pali Canon.

Link to the pdf

Table of contents with brief description

Like Ñānamoli’s famous book, only more detailed and thorough, this one relates the Buddha’s biography using only information from the Pali Canon, the oldest record of the Buddha and his teachings.

The book ends with two Appendixes, the first presents the textural and archaeological information of 22 places the Buddha stayed in or visited, while the second examines the claim that the Buddha copied the ideas of kamma and rebirth from the Upanisads.

Anyone interested in Buddhism will find Footprints in the Dust a new and stimulating account of the Buddha’s life.