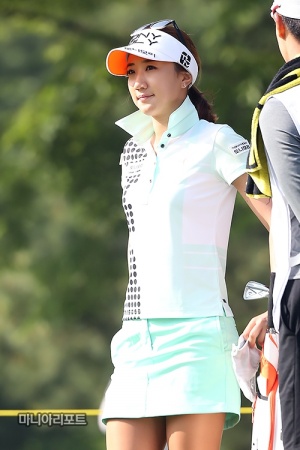 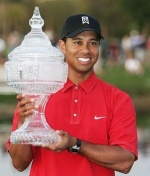 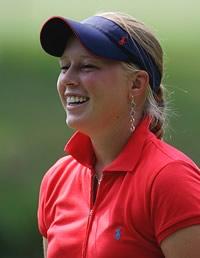 Golfing requires much concentration. One of the most famous golfers, Tiger Woods, is a Buddhist.

Many critics from all over the world will confirm that golfing is one of the most peaceful sports ever played. You need to have a lot of peace in your mind to play golf. Many golfers have reported being more relaxed while playing and after finishing a round of 18.

Tiger Woods credits his ability to stand the stress of playing golf on his powers of concentration, one article on the famed golfer says. Woods says: "your concentration is so high, so keen. Because all this pressure's on you. Your senses are more heightened. Everything seems to flow better. It's a great feeling," he explains.

There are numerous books in the market with titles such as Zen in the Art of Archery, Zen and the Art of Motorcycle Maintenance, The Zen of Painting, The Zen of Success, Zen in the Martial Arts, etc., etc. All of these books show or attempt to show how these activities can be absorbed into an all-inclusive facet of life where your whole mind and body and spirit is put into the activity – in a successful way. For the purposes of this article, 'Zen' here refers to this use of this activity of golf for sport and fitness in a Buddhist way with the whole mind, body, and spirit and not necessarily just to the 'school' of Zen Buddhism. Using sport or another activity in this way may actually have its origin in the Theravada Pali Canon; see Sedaka Sutta.

A number of websites and golf coaches and training programs have discussed the mental game and its assistance for golf.

In season number two of the hit television series, The Simpsons, Lisa Simpson (a Buddhist) attempts to help her brother Bart, win a mini golf tournament using meditation and Buddhist teachings. Some excerpts from that episode: