Difference between revisions of "Timber Hawkeye" 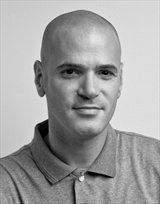 Timber Hawkeye (born Tomer Gal, July 19, 1977), is an Israeli-born citizen and resident of the United States, best known as the author of Buddhist Boot Camp (HarperCollins Publishers, 2013), and of his memoir: Faithfully Religionless (Hawkeye Publishers, 2016).

Drawing from his studies and experience through a Kagyu lineage, as well as his stay in Shunryu Suzuki's Sōtō Zen Monastery (Tassajara Zen Mountain Center) in California and Aitken Roshi's lay-practitioners' temple in Honolulu, Oahu, Hawaii), his writing, interviews and public talks offer a secular and non-sectarian approach to being at peace with the world, both within and around us.

Hawkeye does not consider himself a teacher or master of anything or anyone, but rather a translator of ancient wisdom into a language that people today can go beyond understanding to actually implementing into their daily lives. His intention is to awaken, enlighten, enrich and inspire readers to contemplate how they contribute to their own suffering, so that they can create healthier behavior patterns of inner peace despite external conflict, and looking at life through the lens of gratitude and abundance, not lack. "By no longer identifying as victims of our past," Timber says, "we are empowered to change our future."

Hawkeye was born Tomer Gal in Bat Yam, and raised in Katzrin, a small town in the Golan Heights of Israel, until he moved with his parents and older sister to San Francisco at the age of 13. He was introduced to books by Eknath Easwaran at 16, and that's what sparked his interest in mindfulness and meditation.

Hawkeye describes his teenage years and early twenties as an ongoing attempt to embody what the media portrayed as the definition of being "American" and "Successful." He started out as a paperboy at 14 delivering the San Francisco Examiner in the Sunset District, got his start in Corporate America during his senior year of high school when he worked for State Compensation Insurance Fund, and many office jobs after that (from the California State University, Stanislaus Foundation Department his first year of college, to paralegal jobs at law firms around the Bay Area and later in Seattle, Washington, focusing mainly on commercial real estate. 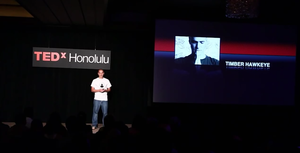 In his books, interviews and public talks, Hawkeye mentions a couple of key moments that changed the trajectory of his life:

He worked odd jobs on the island just to cover minimal expenses, and spent the rest of his time playing beach volleyball and tennis, hiking, and independently studying world religions and psychology simultaneously to better understand what people believe and why they believe what they do. 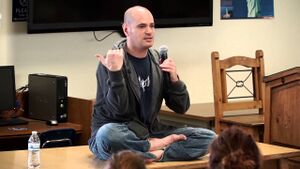 Hawkeye's first book Buddhist Boot Camp is a collection of emails he had sent to his friends from Hawaii over the course of approximately eight years, which is why each chapter in the book is only a page or two long and can be read in any order.

Buddhist Boot Camp was initially self-published through LuLu, but their distribution channels do not meet the specific requirements that independent bookstores and Barnes & Noble, for example, have for ordering books. He re-published it through Lightning Source, but within a month HarperCollins contacted him to republish the book for a third time, now in hardcover with twice as many chapters, multiple languages, and worldwide distribution.

Buddhist Boot Camp went on to become an international bestseller, as well as part of the required-reading curriculum at a few high schools in California, and a guide used by therapists, veteran support group leaders, and correctional facilities across the globe that offer inmates free yoga and meditation classes as well.

After touring with Buddhist Boot Camp across the U.S., U.K. and Australia, Hawkeye moved into a little cabin in the East Sierras to write and publish his second book (a memoir called Faithfully Religionless). Hawkeye Publishers, which was set up by Hawkeye in early 2016, was established to assist other authors through the publication process, as the world of independent publishing continues to evolve. His intention is to allow authors to focus on their writing instead of the often-overwhelming process of publishing, distribution, and marketing.