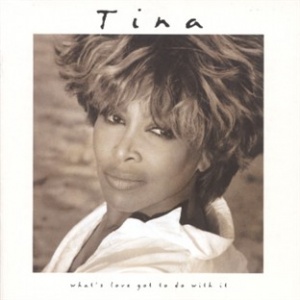 Tina Turner (born Anna Mae Bullock, November 26, 1939) is an American singer, dancer and entertainer. Her success, dominance, popularity and consistent contributions to the rock music genre. She is known worldwide for her overpowering and energetic stage presence, powerful vocals, ground-breaking concerts as well as for her long, well-proportioned legs that are considered the most famous in show business. She was listed on Rolling Stone's list The Immortals — The Greatest Artists of All Time. Turner is a Rock and Roll Hall of Fame inductee, and she is also represented in the Grammy Hall of Fame by two of her recordings: "River Deep - Mountain High" (1999) and "Proud Mary" (2003). Turner has won eight Grammy Awards.

Turner has been acknowledged as one of the world's most popular entertainers, biggest-selling music artists of all time and the most successful female rock artist ever with record sales nearly 200 million copies worldwide and having sold more concert tickets than any other solo performer in music's history. Turner has accumulated many hit albums and singles worldwide as a solo act and with former husband, Ike Turner, (as a member of the Ike & Tina Turner Revue).

Turner is the mother of two sons and adopted mother of Ike Turner's two children from other relationships. After leaving Ike Turner in 1976 and divorcing him in 1978, Turner didn't get into a serious relationship again until she met a German record executive named Erwin Bach while at Heathrow Airport in London in 1985. After a year, they started dating and have been living together ever since. Bach is seventeen years younger than Turner. Turner has lived in Europe since the mid-1980s, having moved to London in 1986 before moving to Cologne, Germany, later that decade and settling in Switzerland in 1994. In 1996, she began building a villa outside Nice, France, which was completed by 2000. Turner now divides her time between Switzerland, England, and France. Born as a Baptist, Turner converted to Nichiren Buddhism in 1974 to help conquer her troubling marriage to Ike Turner. Turner has credited Buddhism with giving her the courage to leave Ike and has said the religion has helped her to find peace.