Was the Buddha Indian or Nepalese? 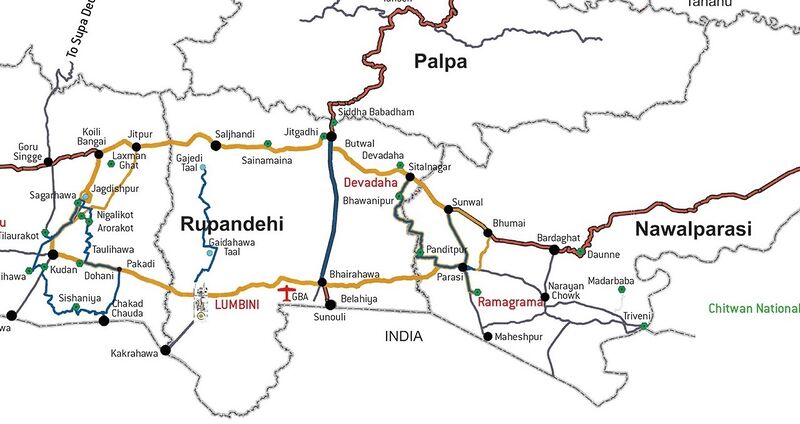 What makes someone English, Malaysian, French, Chinese or, for the purposes of this article, Indian or Nepalese? Is it their birth certificate, their citizenship documents, the ethnicity of their parents and ancestors, their cultural particularities? The case of Nicolaus Copernicus, the famous astronomer who first presented the heliocentric concept of our solar system demonstrates how complicated this question can be. He was born in Thorn which was a Prussian province of the Kingdom of Poland, it was later incorporated into the Polish- Lithuanian Commonwealth, then it became a part of the German Empire, then part of Poland, then part of Germany again and is today in the Republic of Poland. Copernicus spent much of his adult life in Frombork, then ruled by Poland, although his ancestors hailed from Silesia whose inhabitants were either Germans, Austrian or Czech. He spoke German at home, German or Polish outside the home according to who he was conversing with, and he later became fluent in Greek, Latin and Italian. All his life he was a citizen of and a supporter of the Polish- Lithuanian Commonwealth. Today, the Germans say he was German, the Poles that he was Polish and the Lithuanians insist that he was one of them. However, it is generally accepted that culturally, Copernicus was German, although Germany as a state did not exist for another 400 years after his death. One scholar recently described him as “a Germanized Pole” thereby skirting the issue.

Since the 1950s the Nepalese have been claiming that the Buddha was Nepalese, a claim that has become increasingly vehement and loud in the last thirty years. Indians claim the Buddha was an Indian but less forcibly, probably because they are much more confident that the evidence supports their claim.

The name Nepal is an ancient one and until 18 th century it referred to the territory in and around the Kathmandu Valley. Before this, the territory now called Nepal was made up of several dozen different kingdoms with different names and some of them including areas within their borders which are now parts of India. In 1736 the Kingdom of Gorkha, under King Nara Bhupal Shah, embarked on a policy of aggressive expansion which eventually including all of what is now Nepal plus parts of the Indian states of Uttarakund, Himachal Pradesh and considerable areas of northern Uttar Pradesh and Bihar. In 1769 the Gorkhas captured Kathmandu, Latipur and Patan, the three cities in the Kathmandu Valley. The Gorkha king moved his capital to Kathmandu and the Kingdom of Gorkha subsequently came to be known as Nepal. Today Nepal is made up of about 30 different ethnic groups each with their own language and culture. Only since the 1950s have some of them started thinking of themselves as ‘Nepalese.’

By the middle of the18 th century what was starting to become known as ‘Nepal’ was moving south into the terai, the flat fertile strip of land south of the Himalayas, where it came into contact with territory controlled by the British East India Company. This resulted in the Anglo-Gorkha War of 1814 in which the Gurkhas were defeated and forced to sign the Treaty of Sugauli on December 2 nd 1815. This treaty took from the Gurkha king nearly one-third of the territory he and his predecessors had conquered in the previous decades, including much of the terai. So that there would be no more misunderstandings over whose territory was who’s, the British undertook to carefully demark the border between the two states. Drawing the border through the terrain was no easy task. The region was thickly jungled, malarial, and infested with tigers, rhinos and bandits.

The British generally favored borders with as few convolutions as possible, but where there was a prominent landmark such as a river or a mountain range, they would run a border line along it. Looking at the modern Indo-Nepal border in the map above, it is possible to get some idea of why the surveyors drew the border where they did. On the right side of the map one can see that they followed the winding course of the Nayayani River, after that they proceeded west in a broken straight line until a little past the village of Sunouli where they encountered a branch of the Tinau River and drew the border southward along its squiggling course. However, they soon realized that this river flowed far into Indian (i.e. East India Company) territory, and they left the river and proceeded north-west until they reached their earlier east-west alignment. It can be seen that this created an area of Nepalese territory bulging into what became Indian territory. It will also be noticed that if the branch of the Tinau River was not where it was, the surveyors had proceeded westward in a straight line after Sunouli and passed a little north of Lumbini, and as a result, Asoka’s pillar marking the Buddha’s birthplace, would have been in Indian territory. This is very interesting and perhaps slightly amusing, because it means that people who say the Buddha was born in Nepal or that he was Nepalese, do so simply because of the delimitations of a team of British surveyors in 1816.

So in order to be accurate, what we can say and should say is this – the Buddha was an Indian born in what is now Nepal in about the year 563BCE.