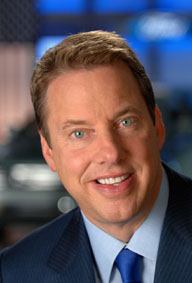 William "Bill" Clay Ford Jr. heads the world's second largest car maker, Ford Motor Co. Ford is serving as Executive Director of the Board of Directors as of 2009. Ford also served as the President, Chief Executive Officer, and Chief Operating Officer until turning over those roles to Boeing executive Alan Mulally in September 2006. Ford is also the Vice Chairman of the Detroit Lions NFL franchise.

William Clay Ford Jr., brings Buddhist philosophies, environmental concerns and grand aspirations to his lofty position at the helm of an American automobile Empire, Ford Motor Company. He had been a vegetarian for 10 years and embraced martial arts, acupuncture, yoga, as well as Zen, Tibetan, and Theravada Buddhism. In his office, there is his photograph getting his black belt in tae kwon do, putting one bare hand through a stack of six cement patio bricks.

The young Chairman of the second largest automobile manufacturer in the world (he was born on May 3, 1957) has a very great passion for the environment. "Nature," he says, "is where my heart is." His vision of a green Ford Motor Company, he says, will become the site of an industrial revolution, like what his grandfather, Henry Ford, had done. At the Rouge manufacturing plant, cars will be made differently. There is talk of making totally recyclable cars, made of parts being upgradable or reusable. Cars will be easily assembled, disassembled, and assembled again, like rebirth of sentient beings in Buddhism.

Many critics charged that auto manufacturers, including Ford Motor Company, are making huge profits from larger and larger gas guzzlers, especially SUV's. Ford admitted that the popular sport-utility trucks contributed to green house-gas levels and global climate changes and were a safety concern for motorists of smaller cars. Ford has pledged to create SUV's that were cleaner and safe - less of a menace to smaller vehicles on the road.